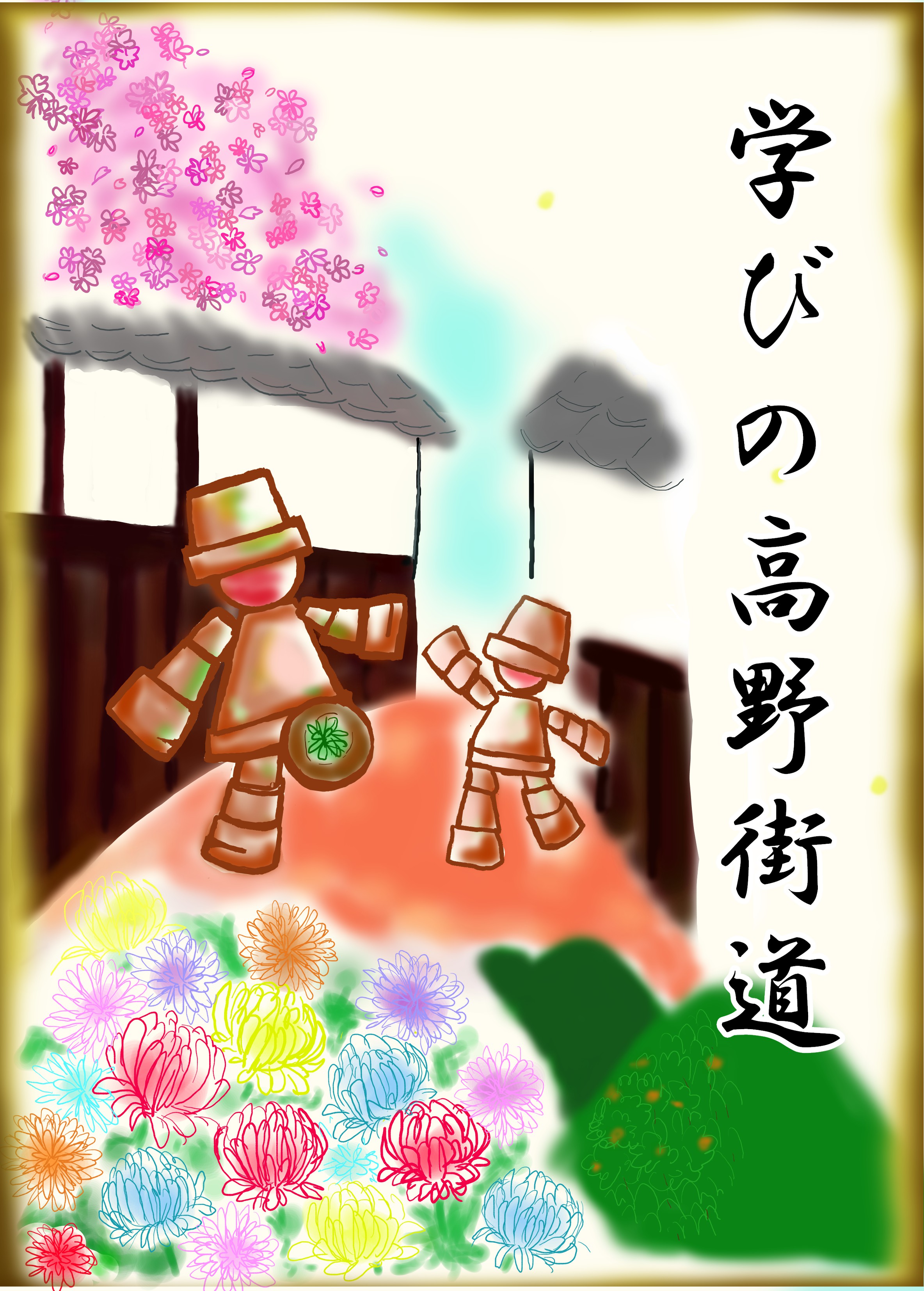 All courses were considered for the Kōya Kaido in Kawachinagano City area. The Kōya Kaido was determined according to the route existing in the second half of the Edo period. Roads basically originate as a result of distributing goods and due to people coming and going, sometimes causing plagues, sometimes war damages. Roads were influenced by the drastic changes in the physical distribution. That is, the beginning of the railways in the Meiji period and the appearance of motor vehicles in the Showa period made a great change, and those roads became to be named according to the characteristics distinguishing them. About the names of the places, during the Edo period, in Kawachinagano city area there were 38 villages. So, those names were basically used.

In Edo period, Teragaike Pond was constructed (around 1649) and Ichimura-shinden Village was developed. A reallocation of land was made due to the construction of the pond and that originated a complicated small enclave of Oyamada Village. This enclave was not solved until the Heisei period.

The Nankai-do was one of the roads that was set as a public road connecting the region and the capital, in the establishment of the ancient decree system.
(Tokaido, Sanyo-do, San-in-do, etc. The Nankaido extended from Kii to Shikoku, connecting Awa, Sanuki, Iyo, Tosa and the capital) The route of Nankaido was changed as the capital moved from Nara to Kyoto. This road is said to be the beginning of the Higashi-Kōya Kaido. The route was later further changed to Osaka Bay (Izumi)